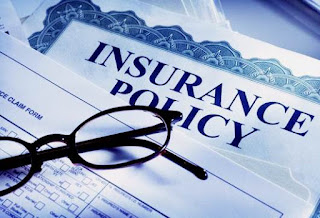 The current notion of insurance is as stated in the Law of the Republic of Indonesia No. 2 of 1992 concerning Insurance Business Chapter 1 section1 which reads as follows:

"Insurance or coverage is an agreement between two or more parties, whereby the insurer refers to the insured, by receiving insurance premiums, providing reimbursement to the insured due to loss, damage or loss of expected profit, or legal liability to a third party which may be suffered by the insured, arising from an uncertain event, or providing a payment based on the death or life of an insured person ".

Our understanding of the above definition or definition will be more complete when compared with the definition of insurance listed in article 246 K.U.H. Trade which reads as follows:

"Insurance or coverage is an agreement by which an insurer binds himself to an insured, accepting a premium, for reimbursement to him because of a damage or loss of expected profit which he may suffer from an event which is uncertain".

The key elements contained in both definitions are:
i) Insurance is an agreement
ii) Premiums are pre-terms of agreement
iii) Insurers will give a change to the insured
iv) The possibility of occurrence of unspecified events or uncertain events

Insurance as a treaty or engagement as other treaties are subject to the law of the contract as set out in the Third Book of the Civil Code on the Engagement.

For validation of an insurance agreement required 4syarat, namely:
i) Agree they bind themselves
ii) Ability to create an engagement
iii) Something particular
iv) A lawful cause

Insurance premiums or insurance costs are a pre-requisite for insurance coverage, because without a premium there will be no insurance (No premium No insurance). In general, insurance premiums are paid upfront but are usually given a grace payment period.
Example: In the Indonesian Standard Fire Policy and the Standard Policies of the Motor Vehicle the deadline is included in the policy, which is 30 days and 14 days respectively, on the understanding that in the event of a claim during such grace period even if the premium has not been paid, the insurer shall still be liable to pay the claim .

So, in other words, Insurance is one form of risk control done by transfer / risk transfer from one party to another (in this case is the insurance company).

Another definition of insurance is a delegation of risk from the first to the other party. In the delegation is dominated by the rules of law and the application of principles and teachings that are universally embraced by the first party or other parties.

From an economic point of view, insurance means a fund-raiser that can be used to cover or compensate a person who suffered a loss.